Fourth of July Rain Out

It was a super hot Fourth of July but neighbors braved the heat to hang out on the new deck and pergola. 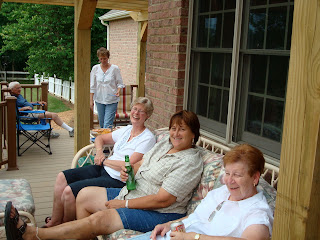 Some chatted on the steps. 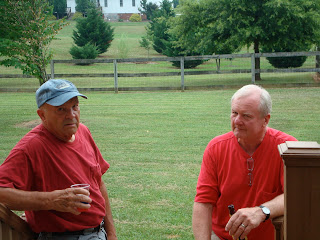 Pat started grilling the hamburgers and hot dogs.  But look at that sky -- it isn't sunny blue any more. 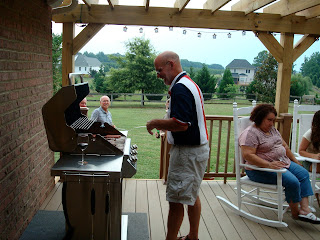 The next thing we know the wind is whipping around, thunder is booming in the distance and the heavens opened up with a torrent of rain. We fled to the house with our plates. 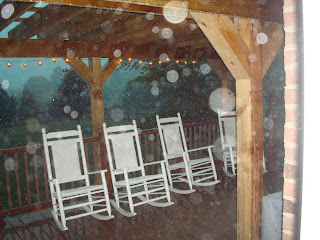 By about 6:30 it was pitch dark outside.  Then the lightening started up -- and it was close.  The booming got louder and sooner after the lightening. 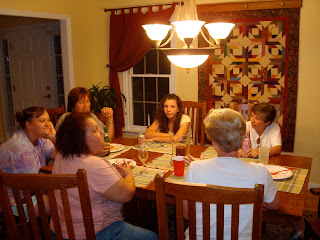 But we partied on enjoying chatting with our neighbors. 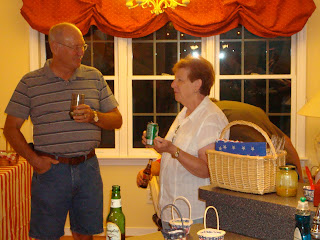 And then, amidst all the noise, lightening, food and friends -- the power went out.  Luckily I could put my hands on a lot of candles pretty darn fast.  So we moved on to dessert and settled in doors. 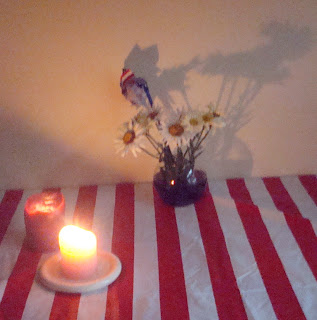 Once the rain and lightening let up folks scattered back to their own homes.  Those with generators fired them up. The rest of us sweated it out.  Power was restored about 4 hours later.
Needless to say no sewing was done on the 4th or, for that matter, the 5th of July around here.  I was totally worn out.  More work is being done on Ruthie though and hopefully she'll be happy by Thursday.  I've got several more things to try.  Bill, a neighbor, has been checking her over carefully.  He polished some metal on her and called with some suggestions to try.  I'll give them a try sometime today.  And, if not, he's coming back tomorrow to try something else.
Another negative of the heavy storms... our cell tower was knocked off line so I really don't have phone service at home now.  BUMMER -- not that I get that many calls but, darn, I like to be able to make calls.
Happy Quilting All!